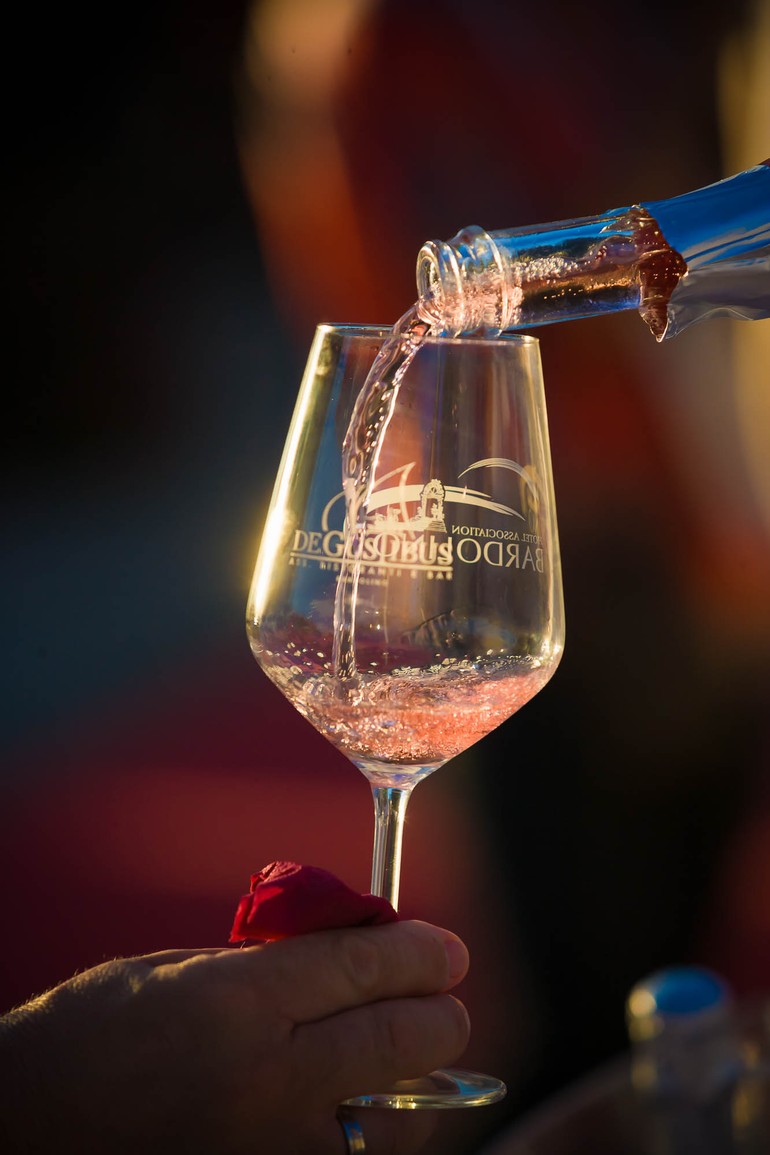 Bardolino
The area of Bardolino D.O.C. includes the Municipality of Torri del Benaco, Caprino, Rivoli, Pastrengo, Bussolengo, Castelnuovo del Garda, Sona, Peschiera del Garda, Sommacampagna and Valeggio sul Mincio. The municipalities interested are 12, whose land is being predominantly moraine and partly glacial.
The denomination Superiore is the name given to wine made from the best grapes of particular vineyards, aged at least one year with effect from 1 November of production.
The Chiaretto is made with wine in "pink" of grapes, that is with the traditional method of partial contact with the grape skins.
The Chiaretto sparkling wine with natural fermentation methods to give the Brut Sparkling Wine, the first of its kind in Italy.
The Bardolino Novello, the first DOC Italian of this type, is very popular.  Produced with the full carbonic maceration whole grape that takes away the sour taste of young wine, is presented in early November with elegant ruby colour, fruity smell of raspberry, strawberry, cherry, taste fresh, fruity and velvety.

Custoza
The modern kitchen fast and lively loves aromatic and fruity wines: this is the Custoza. An innovative wine, thanks to his kindness and aromatic taste .. The gastronomic combination is very large, its accompanied by a good many dishes and in all occasions, a table and meals, also thanks to its flavour and slightly fruity aroma, can be ideal as a dessert wine.
The White Custoza comes from the Trebbiano toscano grapes (also known as the Roman castles), Garganega, Tocai Friulano (in the area said trebbianello), with additions of courteous (also known as white fernanda), Malvasia Tuscany, Italian riesling, pinot bianco and chardonnay.
There are also White Custoza top and the White Custoza passito.

Lugana Doc
The Lugana Doc is produced in a small stretch of the southern shore of Lake Garda is the portion that crosses from Desenzano Sirmione, reaching Peschiera and then in the hills of Pozzolengo and Lonato, in large part in the province of Brescia, with a small incursion in Verona.
The Lugana must be taken for at least 90% of grapes from Trebbiano grape variety of Lugana. The colour of the wine is white or greenish straw, with a tendency to slightly golden yellow with age, especially in the version of Lugana Superiore. The aroma is delicate and typical, taste fresh, soft, harmonic, very delicate. The Lugana Spumante (Sparkling) confirms the harmony of origins wine.

Valdadige Doc
Wines produced in the towns along the river Adige in the province of Verona. The Valdadige is a valley which has been shaped by the glaciers and the river Adige. It stretches to the South in the Bight of Ceraino and to the North along the sides of the Monte Baldo and the Lessinia. The wines produced here are characterised by a delicate nose and they are produced in the valley of the Adige; this valley features plenty of castles and forts and, starting from the Roman era, it has always been an important communication way between the Mediterranean and the Alps. The most important local grape variety of this territory of the forts is the Enantio. Reference to this grape variety was made already by the Roman historian Plinius in the 1st century a.c. The Enantio is characterised by an extremely intense ruby red colour with particularly penetrating notes of ripe fruit. Traditionally it is matched with red meat or game and aged cheeses such as Monte Veronese.
Others Valdadige Wines: Valdadige DOC Chardonnay , Valdadige DOC Pinot Grigio, Valdadige DOC Bianco, Valdadige DOC Schiava, Valdadige DOC Rosso