Known to everyone as “ the pearl of the islands and peninsulas” thanks to Catullo, Sirmione is famous for it’s thermal water with it’s healing properties. Situated on the south bank of Lake Garda, in correspondence with a long and narrow peninsula that divides the gulfs of Desenzano and Peschiera, Sirmione was made even more famous thanks to writers such as Catullo, Stendhal, Lawrence and Goethe that honoured its artistic and environmental beauty. Remembered as "Mansio" (together with other public buildings subject to a decurion), after the fall of the Roman Empire, Sirmione became a part of the Longobard kingdom, and in the XII century, it had its own independent administration from Verona. During the Scaligera regime, in XIII century, a wall was built around it and also an impressive fortress, after that it passed to Venice in the XV century.
Apart from hosting a Spa of international level, it also has a rich historical and artistic heritage, that includes the ruins of an ancient Roman Villa of the first imperial era, known as the Catullo Grottoes , the Scaligera Fortress and the church of "S. Pietro" in Mavino, that dates back to at least VIII century. The city centre is characterised by the narrow alleys with the walls of stone,  offering its visitors romantic and suggestive views. Today Sirmione is one of the most important tourist centres of the Garda Lake, with sports and recreational facilities to  practise the water sports (windsurfing, sailing, etc.) and hotel establishments and services at an international level, able to satisfy the needs of even the most demanding clients.
To visit: Castello Scaligero – Villa Romana “Grotte di Catullo” – Chiesa di S. Pietro in Mavino – Chiesa di S. Anna della Rocca – Passeggiata delle Muse fino al Lido delle Bionde 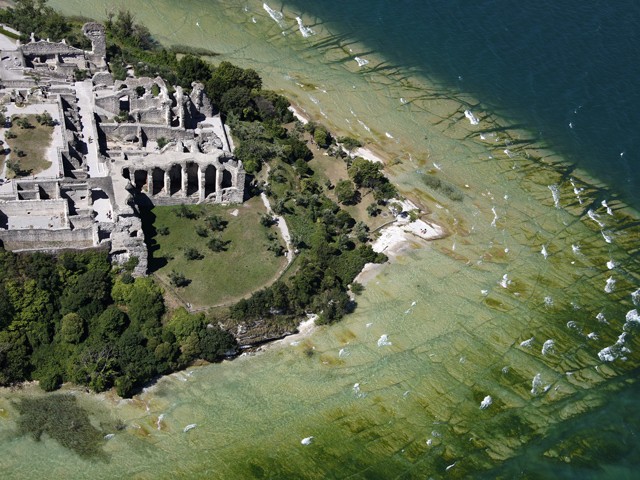 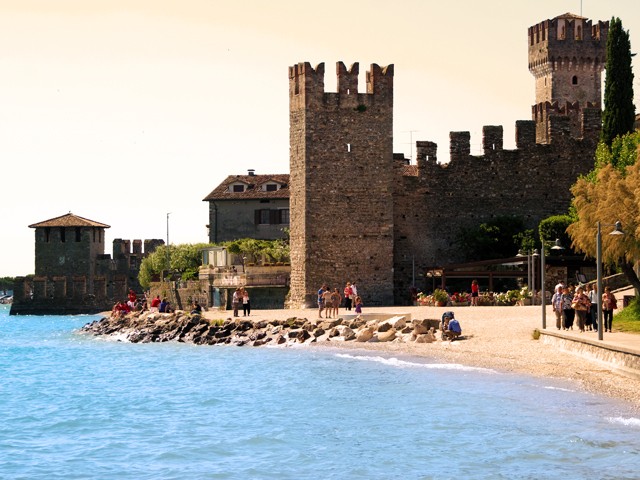