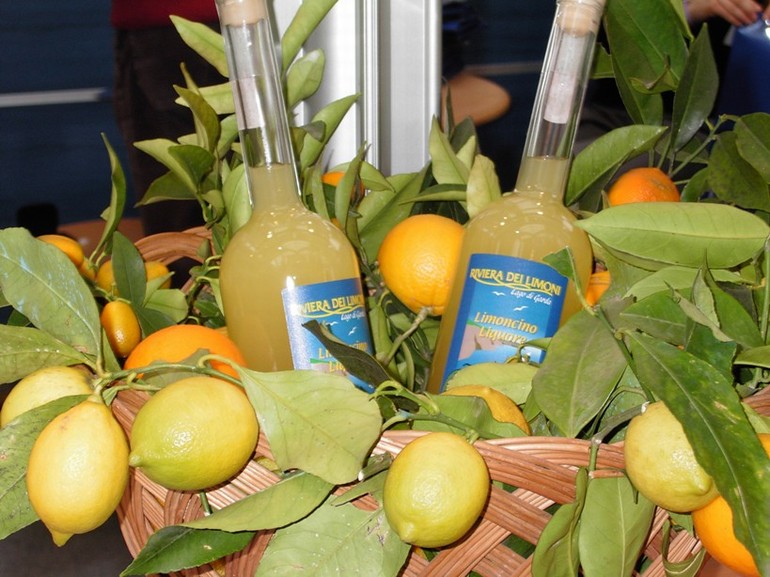 Citrus fruits originate in China and India, but can be found around the globe. They first arrived in Europe with the Arabs around the year 1000. Several scholars believe that Sicily was the first Italian region to grown them, "probably under the Islamic influence first, and then under the Normans."
Citrus fruits were brought from the Liguria Riviera to Lake Garda during the 13th century by the monks of the San Francesco Monastery of Gargnano.
The people of the Riviera dei Limoni built the world-famous lemon-houses, with their high walls to protect the trees from the cold northeastern winds. The long rows of stone pillars of these lemon-houses supported the wooden beams for the roof that was erected in the wintertime.
The lemon houses, which are an incomparable historical and architectural legacy of Lake Garda, are vestiges of a laborious and productive past. Several major projects have been launched to preserve them. The Comunità Montana dellAlto Garda restored three còle terraces of the Pra dela fam lemon house in Tignale in 1985, and the city of Limone restored the Castèl and Villa Boghi lemon houses in 2004. Restoration projects are underway or pending also in Toscolano Maderno and Gardone Riviera.